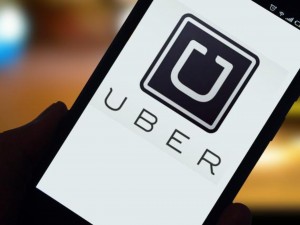 Taxi app Uber has lost a court battle to block rules that would force its drivers to prove their reading and writing skills to operate in London.

Transport for London (TfL) said they should have to prove their ability to communicate in English and take tests in basic writing and reading.

It argued the changes would ensure passenger safety and boost standards.

Uber said the standard was too high and would lead to “indirect racial discrimination” that could threaten the livelihoods of 30,000 drivers.

It launched a legal challenge alongside three of its drivers.

A requirement for a call centre to be set up to deal with Uber complaints was rejected however.

Uber’s lawyer and its drivers – Hungarian Sandor Balogh, Bulgarian Nikolay Dimitrov and Imran Khan from Pakistan – said the language requirement would contribute to 70,000 applicants failing to obtain a licence over three years.

They said the proposals would have a disproportionate impact on drivers from countries where English was not spoken and cause “indirect discrimination on grounds of race and nationality”.

Mayor of London Sadiq Khan said: “I’m delighted that the courts have today backed my plans to drive up standards and improve passenger safety in London.

“Drivers being able to speak English and understand information from passengers and licensing requirements is a vital part of ensuring passengers get the high standard of service they need and deserve.

“This could include discussing a better route, talking about a medical condition, or ensuring every driver is fully up to date with new regulations.”

The judge said he was satisfied TfL had shown that the safety, welfare and convenience of passengers could not be protected by any less restrictive means.

Although Uber was refused permission to appeal, it can renew its application directly to the Court of Appeal.

Tom Elvidge, general manager of Uber in London, said: “While we are glad the court agreed with us on the other measures TfL tried to impose, this is a deeply disappointing outcome for tens of thousands of drivers who will lose their livelihoods because they cannot pass an essay writing test.

“We’ve always supported spoken English skills, but writing an essay has nothing to do with communicating with passengers or getting them safely from A to B.”